In 1913, fifty women assembled and decided to form a club where they would learn about gardening and horticulture. Their vision limited the membership to 50, and dues to 50 cents per year. They met twice a month at a member’s home, and prepared topics to discuss and books to review.

Four years after the adoption of bylaws for the club, the women saw a need in the community and began adopting children; not into their own homes, but through financial support for what was then referred to as “orphans”. These children grew up funded by money gained through flower sales.

By 1919, the club branched out to teach school children about food and gardening. Junior Gardening Projects were in 31 public schools and the contest for cash prizes for the schools was competitive. The Junior Garden Club, under various members’ leadership, continued into the 1950s. A new project had the club concentrating on making dish gardens for patients at Mary Free Bed and women spent Saturday mornings teaching children at Grand Rapids Public Museum. Gourds and milkweed pods were incorporated into flower arrangements. This group expanded their effort to Eastern Orthopaedic School, where they taught horticulture, and which animals and birds were native to Michigan. Shortly thereafter, these tireless women concentrated their efforts at local retirement homes. In 1975, their energies turned to Ken-O-Sha School where they created a Garden Therapy Program. KGC members have been active there since then.

The U.S. was slowly recovering from the Depression and gardening was important to families’ dinner tables. So in 1936 the club took on the organization of a center in Grand Rapids where adults and children would find helpful information in the form of workshops, a garden library, garden tours, and floral design. The women assisted other state garden clubs with garden therapy programs; they furnished speakers for programming, assisted in the litter bug campaign, and promoted civic pride. The Garden Center opened in the Grand Rapids Furniture Museum and ran for over 42 years. KGC members visited small town garden clubs and encouraged them to also develop garden centers. They answered garden questions, lectured, and gave slide shows in the museum auditorium. The center was financed by garden tours and was open to the public.  At one point the center moved to the Public Museum where the women planted roses and evergreens around the building. By the late 1950s the Garden Center was supported by 11 local garden clubs. In 1986, after the center had moved to St. Cecilia Music Center, there no longer was room to be spared for the gardening activities and the program was discontinued.

In 1930, membership in the club had increased to a point where the board set a limit of 150 members. It was in June 1931, that 15 garden clubs throughout Michigan met in Ann Arbor to organize the Federated Garden Clubs of Michigan. In 1948, the club formed study groups and members taught classes to the public on three levels. As membership grew, 18 various committees were active in the club, including a Yard of the Month selection. As recently as the 1960s new members were accepted only in spring and summer when their gardens could be inspected and approved. By the 1970s, there was discussion about whether an apartment dweller would qualify for membership. It was contended that an apartment dweller “could be an asset”.  It was in 1971 that the club determined that a member could not belong to two garden clubs simultaneously. And in 1985, not only were members accepting apartment dwellers, but voted to have men approved for membership. KGC helped organize 26 other garden clubs in the area.

Kent Garden Club recommended that the city adopt the iris as the official flower of Grand Rapids in March of 1931. It was selected because it honored the memory of Louis Campau, the French trader who founded the city. The iris, or fleur-de-Lis, is France’s national flower. When it was officially selected in 1931, everyone attending the Flower Show received an iris chrome to plant; 10,000 were given away in anticipation that Grand Rapids would bloom. Proceeds of the show were used to plant an iris garden at Wilcox Park. These women planted iris along highways leading into Grand Rapids. Iris chromes were planted from the bridge in Cascade to Wilcox Park. The club urged homeowners on Cascade Road to plant iris in front of their homes. Iris festivals and parades followed in the years to come and in 1941, as the U.S. was going to war, a three-day iris festival featured an American flag made of iris. In 1988, when the club celebrated its 75th year, the City of Grand Rapids honored KGC for its community service and once again proclaimed the iris as the City Flower. Today, oriental iris bloom bright purple along the banks of the Grand River at the Public Museum where the club volunteers to maintain the gardens. You will notice several of the club’s publications feature an iris and that an honorary award often is given to a deserving member who represents the iris: I for Inspiration, R for Research, I for Initiative, and S for Success.

WHO WE ARE NOW:

The values of the original members of the club are still respected: education, community service, and camaraderie. Honoring those principles, the club has thrived for over 100 years and is highly regarded by garden clubs throughout the State of Michigan, the Central Region, and nationally. It is designated as an Extra Large club where membership hovers around 100. Members find many way to serve, from teaching students about garden practices, respecting the environment by planting trees and native plants, showing examples of horticulture and displaying flowers at flower shows. Members continue to learn, whether it is by attending monthly programs, touring local gardens, or focusing on becoming certified through accredited National Garden Club Schools. It is an active, thriving organization.

We also continue to educate school children about horticulture.  Ken-O-Sha School preschoolers hopefully benefit from learning about the environment and plants.  Southwood Elementary School in Kentwood has children working in raised garden beds growing vegetables and learning the benefits of having a pollinator garden. Over the years one school or another has been helped by the “Garden Ladies” of Kent Garden Club.

And we especially enjoy learning for our own benefit. There are many opportunities. Each Business Meeting closes with a speaker presenting some aspect of gardening or the world around us. There are opportunities to learn floral design. There are gatherings to learn in a small group of like-minded members called Flora Fans. They find topics to explore and go out into the field and enjoy discovering with others.

KGC members have helped other non-profit organizations from the very beginning and we look forward to helping install a therapy garden at the Children’s Advocacy Center in the coming year. We installed a Blue Star Memorial marker at the rest stop on I-196 and plan to install a Gold Star Marker at the Grand Rapids Veteran’s Home soon, which will honor the families who lost a loved one who served in the U.S. Military.  As the Veteran’s Home in Grand Rapids is rebuilt, we have secured an area for the memorial near the chapel. You will see our efforts there as we work alongside veterans to maintain the site.

As a measure of how well the club is performing, we have received local (District IV) awards, state awards, regional awards, and more than a few national awards for our efforts (here).  We have a talented staff of volunteers who enjoy not only getting their hands in the soil, but leading, and working toward common goals. We enjoy each other’s friendship and the experiences others bring.

The most important event of the 2013 spring season was the 100th anniversary celebration of the founding of Kent Garden Club (KGC). What began as a small argument amongst friends about how to pronounce “anchusa,” a vigorous herb with tall stems of bright blue flowers shooting up from clumps of bright green leaves, became an important civic minded gathering of women who shared their gardens and horticultural experience, amongst not only themselves, but with the community at large. In celebration of the fifty women who were our founding members and all the others who have taken an active part in the growth and continuity of Kent Garden Club’s founding principles, we held a celebratory luncheon at the Women’s City Club, a lovely two story Italianate Villa built in the 1860s and home to many meetings of KGC. Amongst the dignitaries in attendance were our membership, the former city historian, the mayor of Grand Rapids and the president and president elect of the Michigan Garden Clubs. A pianist, a barbershop quartet, a lecture about the history of Grand Rapids, and a play by members highlighting our greatest achievements entertained us. 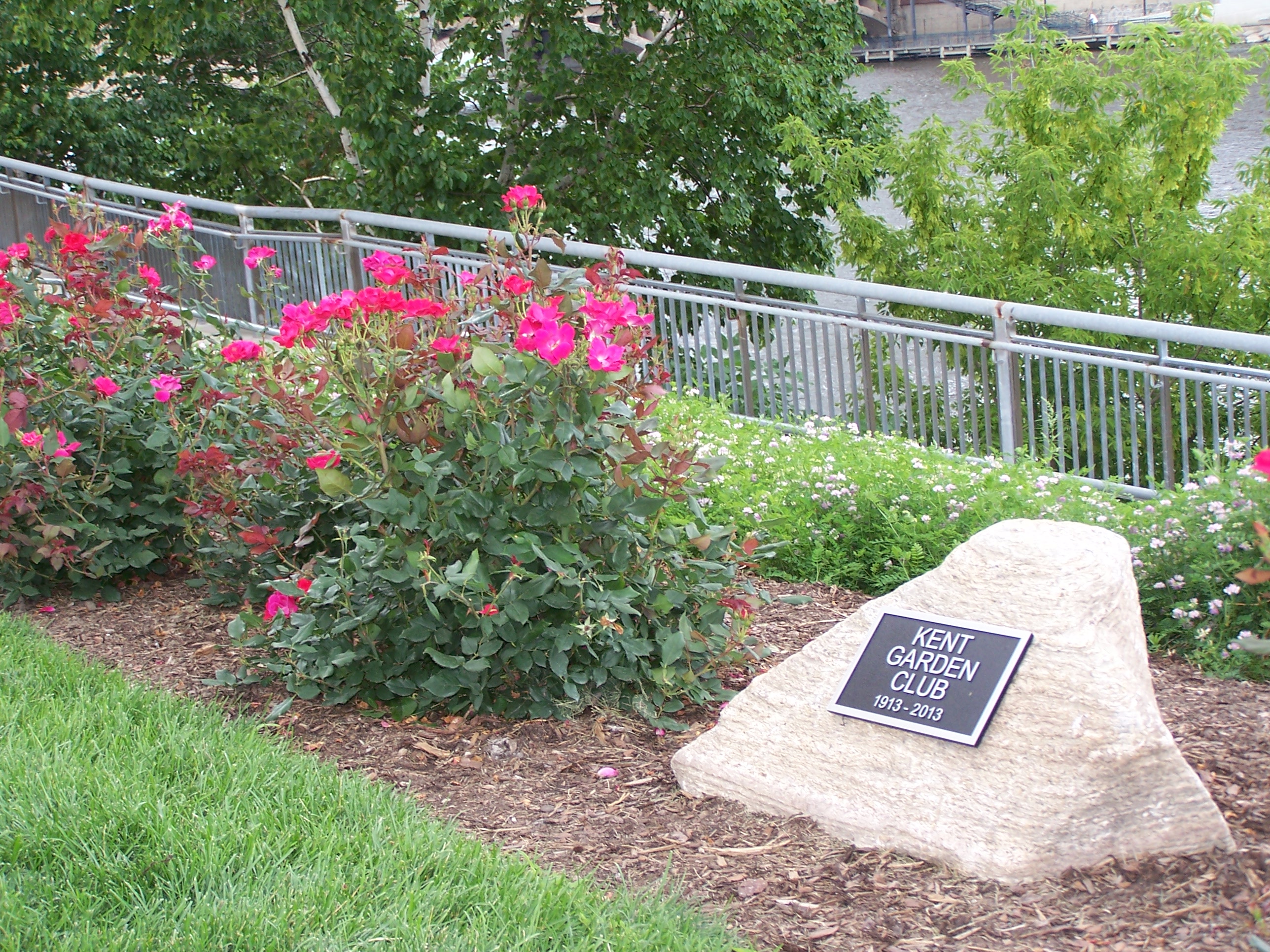 There was also an exhibit at the Grand Rapids Public Museum dedicated to the memory of those members who have added so much to local, state and national leadership in horticulture. Our membership has been instrumental in such areas as the hybridization of daffodils, the preservation of wildflowers, the planting of highways, the improvement of the environment and the conservation of our planet’s natural resources. Roses and boxwood were planted on the museum’s grounds and dedicated in June.

KGC has participated in flower shows since its inception. To continue our celebration “Jubilee Celebrating 100 years 1913‐2013″ was held at the Frederik Meijer Gardens. The show included designs, horticulture, special exhibits and a youth division.

After 100 years of gardening fellowship, Kent Garden Club remains strong. New members continue to be added, projects expanded, education dispersed and comraderie abounds. Those fifty founding women put in some very strong roots that have helped KGC to flourish to this day and will hopefully help it bare fruit for another 100 years. 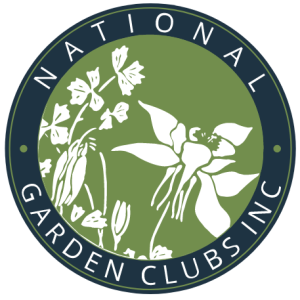 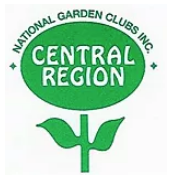 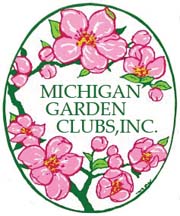